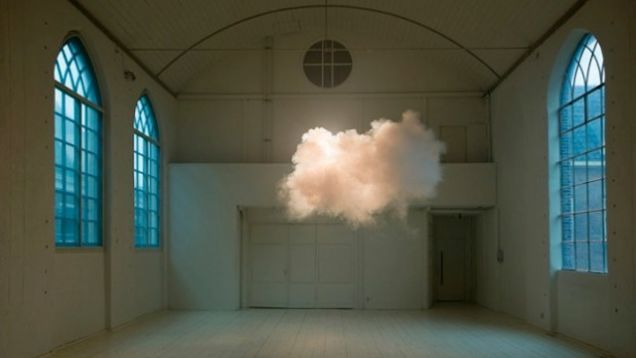 Notions can be expressed by experiences. At the same time, an experience is a constellation of notions. My understanding of this is difficult to explain in a way that makes sense.

Let us grant an otherreal overlay on a world we have agreed to identify as reality. In this otherreal medium, I sense things that bypass my senses, that I can only describe by associating it with the sensory: chilly, velvety, the size of a hair ribbon, sustained like a note off a bowed string, with a heady quality similar to the smell and taste of anise, and billowing like a drop of ink in clear water.

That’s the mystery that I grew up with. Everywhere, the billowing of billows of I-didn’t-know-what from I-never-figured-out-where. Some billows were warm as a naked flame. Some billows were silken, or coarse, or sticky. Some were massive as a storm.

I can only grant some overlay of reality where these experiences take place, because these can’t be measured or experienced by most other people. (The ones who do, I can only take their word for it.) By my experience, though, these billows would occupy space and time, have a location, and shape. Maybe that’s my bias towards the temporal world at work, parsing and translating an experience before I can catch myself and decide to take what i experience as it really is.

But I get around to doing the former, eventually, anyway.

Similarly, I grant that a billow is both a constellation of notions, and a notion as a whole of itself.

It was the writings of J.A. MacCulloch that drew my attention to the process of personification.

In early thought everything was a person, in the loose meaning then possessed by personality, and (…) This led later to more complete personification, and the sun or earth divinity or spirit was more or less separated from the sun or earth themselves.

The process of fiction, I consider tangential (for now.) What I took from the development of animism to theism are these notions:

Should I encounter a billow as first described above, a melancholy one, and I would rather it not be present, then what I do is identify what I would want present instead: cheerfulness, for instance. I identify the billow as melancholy, I feel melancholy, and I conjure up a process in the present that I have done in the past: “cheering up”.

I have identified that process as within my self, and the melancholy billow outside my self.

I identify the notion of space-between-us, of my-cheering-up-process-occupies-spacetime outside my self, and constellate the latter with the notion of movement-towards-target. Perhaps I anchor it in reality with the act of laughter. This can be experienced as the creation of yet another billow.

As a result, the notions of the billows undergo a transformation, and my experience of that first melancholy billow is that it has perished.

I must note that not all otherreal or surreal experiences invite such conscious manipulation so easily. They are, I believe, sub-consciously generated (whether that is a personal sub-conscious or a speculative “collective sub-conscious”), and the process I describe merely serves to bridge the conscious and the sub-conscious. An absolutely conscious process has no such effect, and many similar manifestations of the subconscious can have surprising effects.

Donations are not tax deductible and go to the blog writer's personal expenses.